Fuel Filter Basics- How It Works, Why It’s Important and How to Replace It 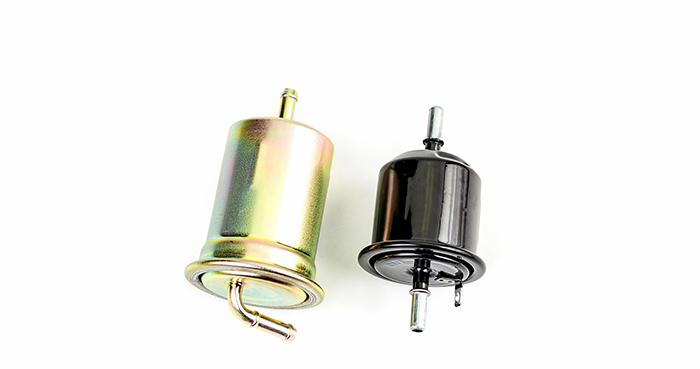 A clean fuel filter is crucial to keeping a fuel delivery system in proper working order. By filtering out impurities from fuel, the filter prevents fuel injectors from becoming clogged and helps maintain a vehicle’s peak performance level.

Why Is The Fuel Filter Important? Isn’t Gasoline Already Refined?

Yes, fuel is cleaned in the refinery, but it picks up a lot of impurities during storage and transportation to your local gas station. Plus, a car’s gas tank typically contains dirt and other particles that can wreak havoc on an engine.
A clogged fuel filter forces the fuel pump to work harder and less efficiently. When you accelerate, a starved engine uses a leaner fuel mixture and loses power. Replacing the fuel filter regularly prevents those particles and impurities from reaching the fuel injectors. Check your owner’s manual for the manufacturer’s recommended filter replacement intervals.

Where Do I Find The Fuel Filter?

How Do I Replace An External Fuel Filter?

In this example, we’re replacing the fuel filter on a 1999 Ford Expedition. The same procedure applies to most Ford cars, SUVs and trucks. To remove the filter you will need a few tools. You will need some wrenches, a fuel line disconnect tool, a screwdriver, and a drain pan.